If you’re a DC Comics fan, you’ll get Matt Bors’ twist on how some (namely Cosby himself) are trying to spin the claims made by 40-plus women (as of this week) that Bill Cosby drugged and raped them…and why the logic behind the spin attempt makes little sense. 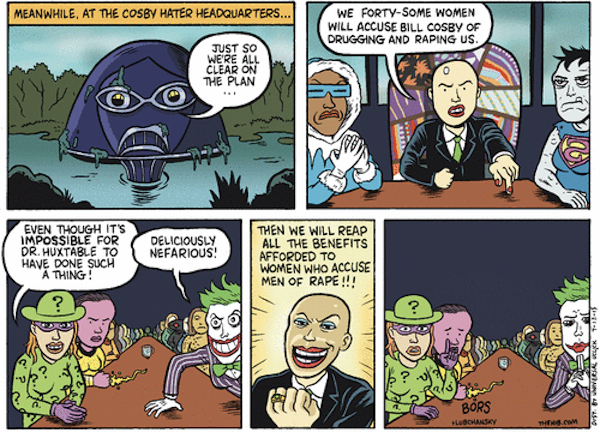 Noon chart for Bill Cosby. Click on the image for a larger version.

4 thoughts on “At Cosby Hater Headquarters…”