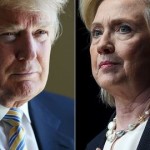 Monday night (tonight) is the first square-off in a live debate between Hillary Clinton and Donald Trump. This is perfectly suited for Sun conjunct Jupiter, aligned with the Aries Point. Eric gives a quick run-down of how the astrology reflects the candidates, and predicts a winner. 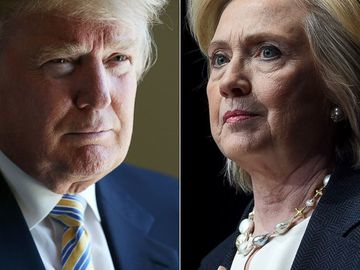 The spat of the century?

Monday night (tonight) is the first square-off in a live debate between Hillary Clinton and Donald Trump. This is perfectly suited for Sun conjunct Jupiter, aligned with the Aries Point (the early degrees of Libra are opposite the first degree of Aries). That kind of energy on the Aries Point is the setup for a huge audience. People are interested, and for good reason.

This chart (shown below) comes down to Venus and Mars. Taurus is rising and Scorpio is on the 7th house cusp (the relationship angle, or ‘the other’), and it seems like Clinton is represented by Venus in Scorpio and that Trump is represented by Mars in Sagittarius.

Mars dangling right at the end of Sagittarius describes Trump having a hard time reining it in, and possibly losing control of his presentation at least once. Clinton will seem shrewd, well-prepared and perhaps a bit proud of herself, but will be the clear winner.

One question many people are asking is: what happened to the other two candidates, Jill Stein from the Green Party and Gary Johnson of the Libertarian Party? For obvious reasons, the Republicrat Party — that is, the merged ideology of what we think of as Dems and Pubs — does not want any competition from the little guys. The Big is Everything and Little is Nothing theme shows up as the Sun conjunct Jupiter. Jupiter is the big bully of the solar system, deciding what planets stay in and what ones get ejected. The same is true for the major political parties.

The debate, expected to be seen by some 100,000,000 people, takes place at 9 pm at Hofstra University on Long Island, near New York City. There will be live, commercial-free coverage on Planet Waves FM’s affiliate station Democracy Now! 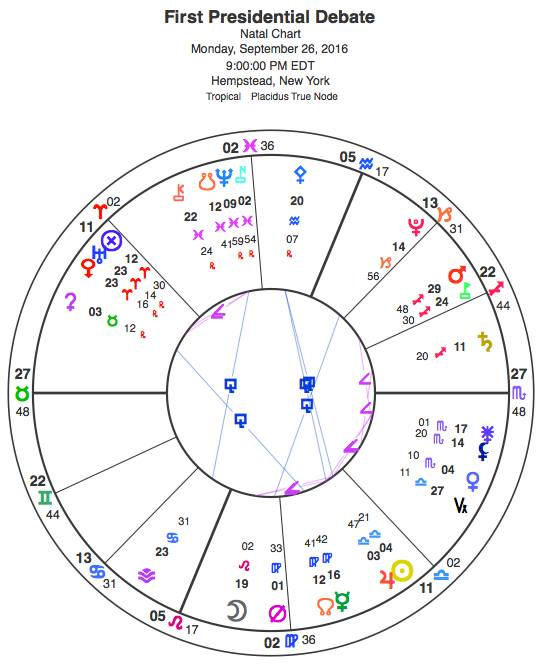 One thought on “Astrology of Monday Night’s Big Debate”