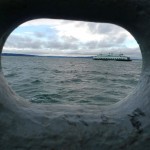 When you get astrology, you usually get my words, translated into narrative format. I have to write each piece with a beginning, middle and end. I’m an English major, too old to be a postmodernist. I try to tell you a good story, one that makes sense, with interesting characters. When I get the astrology, I’m looking at a circle, and the planets are always moving in their cycles, around and around. 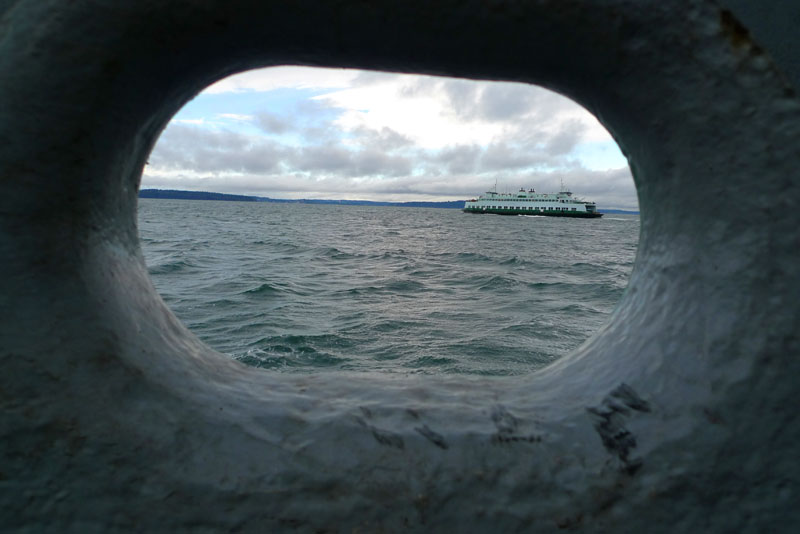 Ferry from Fauntleroy to Vashon, by the Vashon Photographer.

Well the joint was jumping, going ’round and ’round,
Hey! reelin’ and a rocking, what a crazy sound,
Well they never stopped rocking, till the moon went down.

Lately I’ve been looking at the astrology charts, and getting the same feeling, wondering the same thing: when does the story resolve?

When you get astrology, you usually get my words, translated into narrative format. I have to write each piece with a beginning, middle and end. I’m an English major, too old to be a postmodernist. I try to tell you a good story, one that makes sense, with interesting characters. When I get the astrology, I’m looking at a circle, and the planets are always moving in their cycles, around and around.

Maybe I have a murky feeling because everything is gathered around Neptune in Pisces these days, and Mercury is retrograde, heading for a 10-day conjunction to Neptune. This is not a picture of certainty or resolution. I’ve never seen this happen before, the end of Mercury retrograde occurring conjunct Neptune. This could turn the whole world into a seance. Get your Ouija board ready.

Meanwhile, the astrological year is getting long. We’re in the last days of the solar cycle. This rarely spoken of thing called sidereal time is approaching midnight, which is where it ends up on the vernal equinox. (Sidereal time is a way of measuring the Sun’s annual cycle that uses the equivalency of a 24-hour clock.)

That’s a nice story; it’s a good image. The story resolves. You get the feeling that the ferry will pull into the dock and the people will disembark and go their way.

The world, the larger world, is another matter. It just seems to go on and on, and we’re all awaiting the big breakthrough. When is something actually going to happen?

Not something like 9/11. Not a meteorite hitting your car. Something that feels like progress; something that feels helpful; something interesting and not agonizing. Something where we can really say, “Now, the world is a better place.”
There are so many scenarios that just seem mired in place, with no hope or even the possibility of a release point. There never seems to be a new story, in the world. Everything is supposedly the hero’s journey or the romance, over and over again. This is why we love getting kittens, or going on diets or buying new things. We can have the feeling of something different happening, if only for a little while. It’s why I love being a writer. 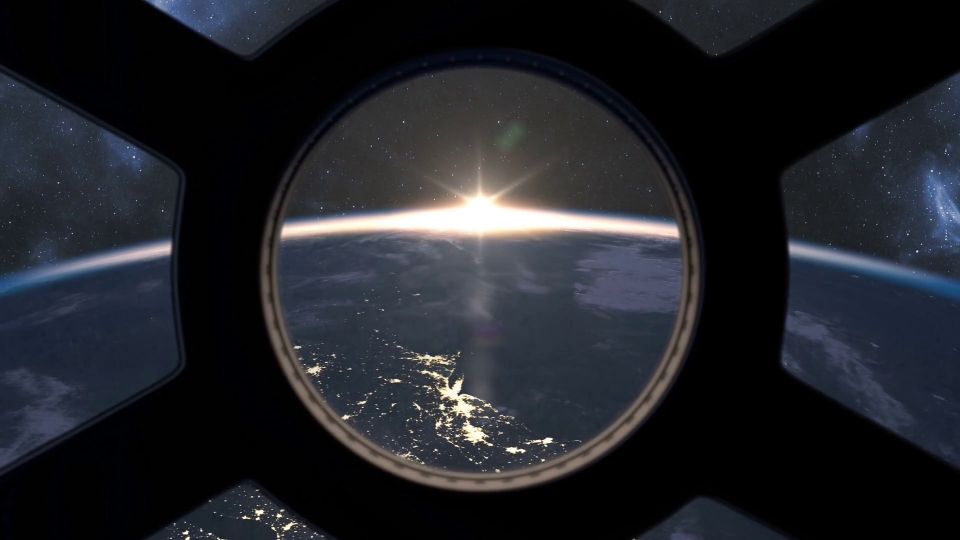 We used to get excited about meeting people. Now we wonder if they’re going to become a stalker. I don’t think that’s progress.

Ultimately, after we’ve mastered several different systems of metaphysics and studied Buddhism and lost 20 pounds and learned the violin and endured all those trials and tribulations, we’re all we’ve got. We are the myriad reflections of ourselves. And I think we need to be more curious and optimistic about this, even if we’ve all met one another thousands and thousands of times over the eons.

Don’t I know you from back when Antarctica was a tropical paradise? I was captain of a merchant vessel with a fantastic crew.

So about this week’s astrology — here’s something kind of new, Uranus is in Taurus. Note, this is just the 4th time in my astrological career that I have observed Uranus changing signs. I began the work in 1994 with Uranus in late Capricorn, and since then, it’s entered Aquarius, Pisces, Aries and now Taurus. I have not decided what this is about; I’m not up to the Taurus Intelligence reading yet. By then, I will have made a commitment or at least have come up with a few good questions.

The Pisces Sun is about to make a square to Jupiter in Sagittarius. That happens Wednesday. Beware of exaggeration. Keep your sense of scale and proportion. Do something that you want to do; get something out of your system. Try not to spend a fortune doing it.

And at the same time, Mercury is retrograding into a square with Jupiter, which is more caution about exaggeration and deception. Check the things people say to you. Verify their claims. Check multiple sources. Don’t be a jerk if you’re right and they’re wrong; it could be you. Belief is a form of deception, because it does not need any basis in fact or truth.

Check the things that you say. Listen to yourself and keep asking: is that true? Was that true? Did I really mean that? Can I tune that up a little?

Mars sextile Neptune (happening now) makes me happy. There always seems to be some unsavory aspect between Mars and Neptune that I have to warn you about. The sextile has a grip, especially with Mars in Taurus and Neptune in Pisces. If you can filter out the bullshit, you can make some good decisions this week.

Mercury conjunct the Sun (interior conjunction) happens Thursday. I’ve seen some interesting things happen under this aspect, like in 2003, when George Ryan, the governor of Illinois, commuted the death sentences of every condemned prisoner just two days before leaving office.

And there is a culmination point coming, in a couple of weeks — the aforementioned 10-day conjunction of Mercury and Neptune in Pisces. That one is strange, beautiful and clairvoyant. You might actually see something new, if you notice.