PHOENIX, AZ (AP) — In an emergency session Saturday night, the state legislature adopted a new law requiring men to obtain medical approval prior to ejaculation. All men would need to collect the signatures of two doctors prior to ejaculating, demonstrating that there is a “reproductive necessity” to the event — specifically, a human egg awaiting the sperm. 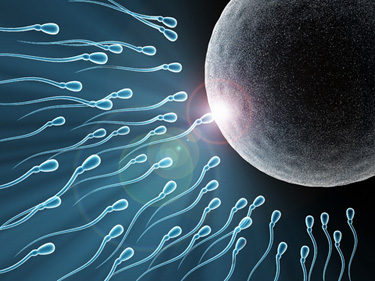 A human ovum is now required for all ejaculations in Arizona. Is this the beginning of an anti-ejaculation trend?

Gov. Jan Brewer is expected to sign the bill into law this week. In the United States in 2014 alone, 468 laws were introduced attempting to regulate the female body. This is the first time a state legislature attempted a law regulating the male body.

“Every sperm is sacred,” said State Senator Otto Spunk (R, Bisbee). “Life begins at ejaculation. This is clear from the Bible, from when God punished Onan for spilling his seed on the ground. We will have none of that in Arizona. It is nothing less than murder to have living spermatozoa burning up in the desert heat.”

“Everyone can see that sperm are alive,” said State Rep. Nancy Christian (R, Sedona). “Ejaculation without conception stops a swimming tail. In fact, quite a few of them.”

According to the law, called the Sperm Conservation Amendment, which was included in a new draconian anti-immigration law, ejaculation must be required for reproduction. Any man who wants to ejaculate must produce proof of an ovulating female as his receptacle, or he will be denied permission.

“Blow jobs are a form of cannibalism,” said the Rev. Milton Smith, the medical consultant to the legislature. “It’s like swallowing 300 million people, more than the population of the United States.”

Around the country, men were outraged by the new law. The National Organization for the Organizing of Men (NOOM) issued a statement which read, “It’s a man’s right to ejaculate anytime he wants, anywhere he wants, for whatever reason he wants. The government cannot say this is for reproduction only.”

At press time, NOOM was organizing a pro-ejaculatory rights protest outside the State House. At the organization’s headquarters Sunday, men were making picket signs that read, “A SPERM IS NOT A BABY,” “GOD INVENTED EJACULATION” AND “KEEP YOUR LAWS OFF MY SPOOGE.”