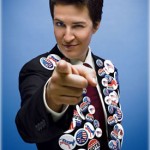 This Sunday (April 24, 2016) Venus conjoins Eris in Aries. That’s some pretty serious goddess power in the sign of self-identity. For an idea of how Eris can show up in her full positive expression, we’re running this archive selection by Eric, originally published April 9, 2010, in our weekly subscribers’ issue.

Editor’s note: This Sunday (April 24, 2016) Venus conjoins Eris in Aries. That’s some pretty serious goddess power in the sign of self-identity. For an idea of how Eris can show up in her full positive expression, we’re running this archive selection by Eric, originally published April 9, 2010, in our weekly subscribers’ issue. — Amanda

This weekend, the Sun is conjunct the newly discovered planet Eris. I know that I mention a lot of newly discovered planets, but Eris (discovered and named between 2003 and 2006) so magnificently qualified as the official ’10th planet’ that its discovery compelled astronomers to shake up their organizational model of the solar system, create a new category, ‘demote’ Pluto and define the word planet for the first time. Technically Eris and Pluto (and Ceres, along with a few others) are now known as drwarf planets. 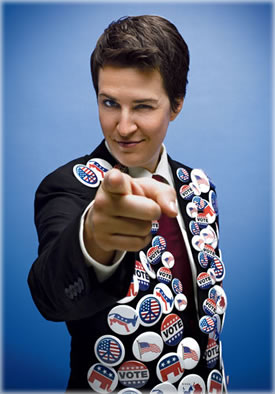 Amidst the literally hundreds of thousands of bits, bobs and blobs orbiting our Sun, Eris stands tall as a key discovery: a genuine scientific breakthrough. She’s bigger and brighter than Pluto, and is currently (because her orbit is so egg-shaped) the most distant object orbiting our Sun known to science. Given that we’ve only known about Eris, by name and reputation, since late 2006, we have not had much time to make up our minds about what it’s about, though I have some ideas.

How do astrologers develop the meaning of newly discovered bodies? On the simplest level, the name (chosen by the discovery team) evokes a myth. Eris was the goddess of discord and has a positively terrible reputation in Greek mythology as the one who started the Trojan War. Going directly from the mythology to the delineation doesn’t usually work in astrology; looked at one way, the myth has to be understood in a fairly complex way and the elements of the story applied to ‘real life’. Sometimes, though, the mythology carries through pretty well. With Eris my hunch is that it would be wise to take a more circumspect approach.

My take is that Eris, the astrological concept, uses the ‘chaos’, war and discord factor as a personality metaphor. Eris is in Aries for nearly every person on the planet, except for a few folks still around who were born in the early 20th century. Aries is the sign of identity; the sign of “I Am.” One thing you can say about our time in history is that there’s a lot of confusion going around on the ‘who we are’ theme. This is a long-term transit, which will have lasted about 110 years when it finally ends.

The goddess of discord certainly seems to have arrived at a time of rampant chaos on the planet, but I think that most of that chaos is in the psyche; it is internal, on the level of identity, self-awareness and a kind of mental chaos that we live with as if it were normal. One of the discoverers, Chad Trujillo, said that the discovery team agreed that it was the perfect name to give a major discovery at this time in history because the world is in such madness; but he didn’t specify what kind.

Delineating the qualities of this point on the personal level, Eris seems to walk the edge between the personality/identity anarchy we live with now (an Aries factor), and the authentic clarity of one’s existence and mission that’s also accessible when we get done with the game of ‘confusion’ or of not knowing (also an Aries factor).

Astrologers involved in the process use many techniques to get at the delineation of a new discovery, though of course, we must verify our theories with experience. The myth can turn out to be a small, or significant, piece of the story: it depends from body to body. We must also look to the physical properties of a planet itself (such as the length of the orbit); fancy things like the perihelion and planetary nodes; the discovery chart; the time in history of the discovery; specific historical events where the new point shows up in the chart; and perhaps most productively, the lives of people with the new item prominent in their natal charts.