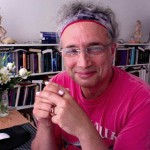 Each year at this time, I am busy creating the Planet Waves annual edition. It’s an Internet tradition but it’s also a tradition in my life. I also consider it an invention: a way to get you a solid, detailed and authentic astrology reading, with information that makes a difference in your life.

Each year at this time, I am busy creating the Planet Waves annual edition. It’s an Internet tradition but it’s also a tradition in my life. I also consider it an invention: a way to get you a solid, detailed and authentic astrology reading, with information that makes a difference in your life — astrology that you remember and come back to — for a very modest fee. 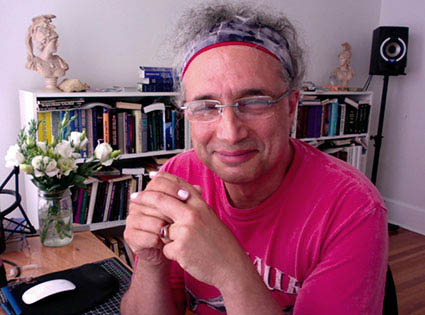 Every year is a fresh reading with a new perspective, taking up the astrology of the moment. After many years of research and practice, I am able to use current transits and get more detail than most astrologers are able to get with a natal chart.

The Planet Waves annual is one of a kind. There is nothing else like it in the business: an alive, immediate, accessible reading of the astrology that is happening right now and in the coming few seasons. The readings work for your Sun sign and your rising sign. This is not astrology for the personality: this is astrology oriented on your deepest spriritual growth. I bring all of my learning, all of my talent and more than 10 hours per sign to these readings.

I write with the intention of being motivational and inspiring, as well as factually informative about the astrological influences you will actually experience. I also think of it as a kind of yearbook, recording the story of our moment, the issues that were occupying our thoughts, and the breakthroughs in astrology and astronomy. Every annual is created taking into account the newest planetary discoveries of the era when it was created.

Each annual has its own ambience, music and feeling tones that I associate with it, and memories of the place it was created. The Planet Waves annual has been a forum for developing the astonishing talent you see on our staff — a kind of learning laboratory and easy way to get involved, a place to try new ideas and, in truth, to invent the craft of astrology as we go.

Access All Prior Years of Planet Waves Annual Edition

When I started Planet Waves on the eve of the winter solstice in 1998 (the Planet Waves website has its Sun in very late Sagittarius), my first project was the 1999 annual edition. I was living in Ho-Ho-Kus, New Jersey, at the time. 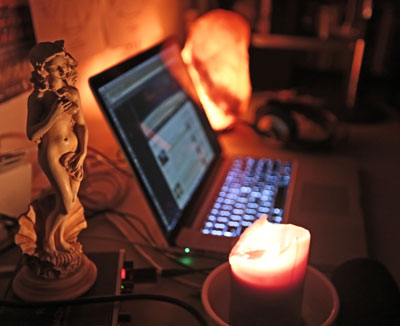 Venus presiding over my work on The Mars Effect, the 2014 annual, in the Planet Waves studio. Photo by Eric Francis.

Since then, I’ve created 18 more annuals, each more in-depth than the next — and I’ve written them from several countries and regions of the United States.

This letter contains access to all 18 prior editions, from which the passwords have been removed.

The 2000 edition, The River of Night, one of my favorites ever, was done in Miami, and reflects some of the idealism that existed at the turn of the century, prior to the 9/11 incident. The 2001 edition, Under a Changing Sky, was done on an island in Puget Sound, as were the next three years. The 2002 edition was called The Great Curve, featuring the art of Carlos Solorzano Smith. The 2003 edition was called The Pisces Point.

Aquasphere, the 2004 edition, was a breakthrough. Written on an island accessible only by boat and airplane, surrounded by 800-foot deep water inhabited by huge octopuses and visited by whales, this annual was dedicated to water.

The next three editions were created in Europe — Bridge to the Core and Parallel Worlds in Paris, both of which remind me of the approach of Pluto to the Galactic Core. Paris is an ancient city, and a beautiful place to write. I lived in the Latin Quarter, where many, many writers you love have lived and worked. While Parisians can be hard-nosed skeptics, they’re also curious about life, and I found this a fascinating place to do astrology. It’s also where I learned photography. 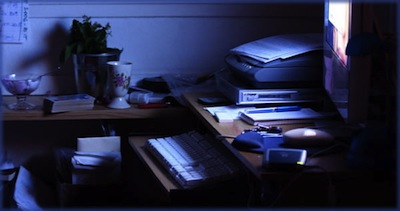 My desk in Paris in early 2006, a little while after I finished the Parallel Worlds annual edition. Photo by Eric Francis.

When Pluto finally aligned with the core of our galaxy, I commemorated that with an annual called The Spiral Door, which was written in Brussels and which featured the return of audio that was recorded in a hotel in northern France, just across the English Channel from the White Cliffs of Dover. The articles in The Spiral Door are incredible, as is the artwork by Deirdre Tanton. (She also did the art for Parallel Worlds.)

When I moved to New York, the annual edition entered a new phase. I began collaborating with photographer and designer Danielle Voirin, first on an edition called Small World Stories. This edition included readings for all the signs, as well as a series of articles about the minor planets, and a collection of reader-contributed essays about their stories of what a small world it is.

That was followed by Next World Stories, the first annual to incorporate fiction. Then came Cosmic Confidential, Light Bridge, and then the 2012 edition timed with the ‘end’ of the Mayan calendar and the Uranus-Pluto square — Revolution, Revelation, Reality Check.

For 2013, the annual was called LISTEN, featuring music for each sign by Renee Blue O’Connell, a classically trained musician who went deaf and learned to hear, play and sing again. 2014 was The Mars Effect: it discussed what I described as the peak of the 2012 era.

The 2015 annual was Cosmophilia. With the subtitle, “You Belong Here,” this edition mainly focused on helping you feel your place in the great web of existence. Finally, in 2016 I published Vision Quest, which covered Saturn square Neptune and Uranus-Eris.

The Book of Your Life: The Tradition Continues

The Book of Your Life readings continue and develop my tradition of carefully prepared, impassioned astrological guidance. 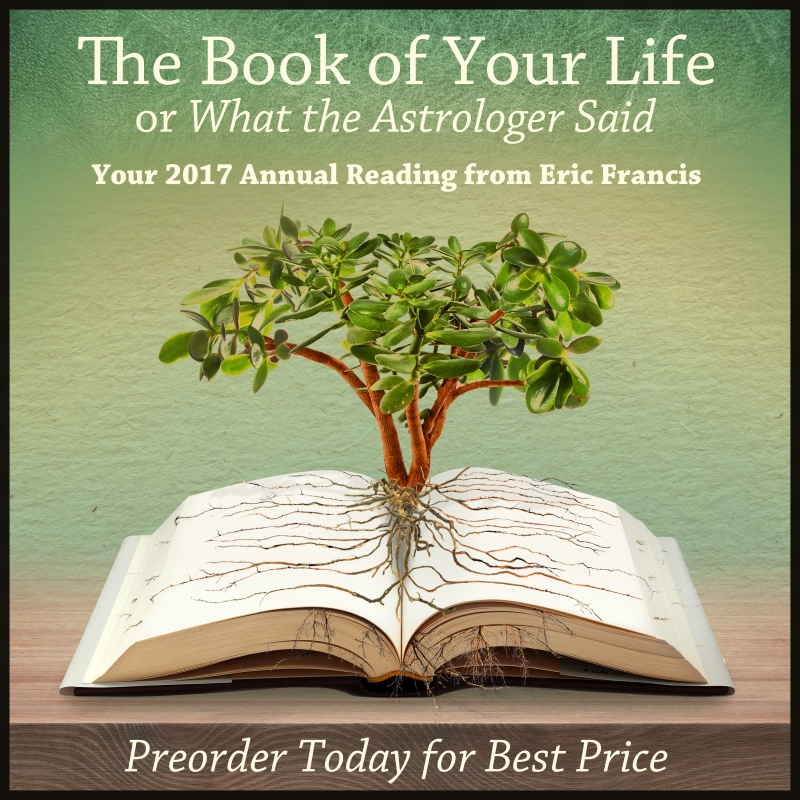 I briefly summarized the main astrological factors for this year in a recent Planet Waves full edition, which you can view here.

You are invited to participate in the Planet Waves annual tradition. We are still offering individual signs starting from $24.95. That price will increase once the reading is published.

However, we recommend that you get all 12 signs as a package for just $99. You can read your Sun, Moon and rising signs and we also welcome you sharing the reading with your loved ones.

Your readings will be done by the end of January. I will keep you posted as to my progress.

I want to leave you with a few lines of poetry from a nearly forgotten 20th-century poet named H.D. that I discovered long before I was an astrologer, and which have always been an inspiration to my work. This is from her book Helen in Egypt, a commentary on traditional male-centered epic poetry.

So I would read here
in my crystal
the writing

Even as Achilles
counted, figure by figure,
the outline of hero and beast

PS: Please be aware of our Burning Man-styled pricing policy. We offer the best prices early in the game, and increase as publication time approaches, and then go to full price once the edition is out.

2 thoughts on “An Actual Tradition: 19 Years of the Planet Waves Annual”