Amanda Painter suggests that as the Sun enters the Uranus-Pluto square this weekend, you look around you to see the facets of your life that it is throwing into contrast. Uranus-Pluto, despite its association with big, bold world events, is more of a background factor in many people’s personal lives. Add the Sun, and you might see the shape of astrology at work.

Welcome to 2015! Now what? Could be you’re forging ahead with your resolutions, propelled by a dynamic year of successes and growth; maybe you’re breathing a sigh of relief that you’ve made it this far. You might be one who’s just crossing your fingers in hopes that something — anything — goes your way this year. 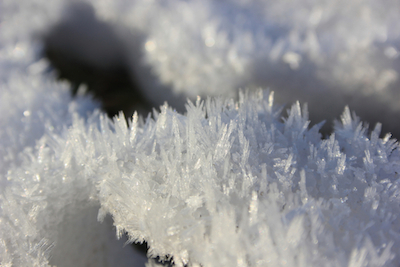 Wherever you’re at, the astrology accompanying us right now is bold.

Uranus-Pluto stretches across seven exact contacts between 2012 and 2015 (the sixth exact contact was just on Dec. 15; the last is March 16). Its effects were noticeable a few years before the first contact and will unfold for years to come.

We see this astrology in the news: revolutionary upheavals, old systems collapsing (or imploding). Its shadow manifestation is visible in the whiplash-inducing reactions of those who stand to lose something (especially power) if progress is allowed.

Yet on a personal level, Uranus squaring Pluto is really working in the background for most people. You can see it happening ‘out there’ and still not connect the dots with what’s happening within you. Particularly if what you’re seeing ‘out there’ just looks like a never-ending barrage of violence, injustice and extremism. Whole swaths of the population do not want what Uranus-Pluto represents; change requires us to let something go.

But if you’re focused on all the things that you don’t want, you’ll be blind to the incredible potential inherent when this much energy is moving. In part, Uranus-Pluto becomes part of the invisible background environment because it’s just too far-reaching to get any perspective and see it clearly. That’s the job of historians.

Even so, the Sun entering the Uranus-Pluto square Jan. 3 throws a massive spotlight on these forces at play, as if to remind you that beginning a new year is not simply about hanging up a new calendar. It’s about envisioning what is possible in the new cycles we’re about to engage. Our calendar is arbitrary; so for the Sun to enter what is arguably the most important aspect pattern of our lifetimes with the New Year so young is a stroke of grace.

Think of it like a theater production using a scrim (a type of black, reflective screen). With the stage lights shining on the action in front of the scrim, that’s all you see. Turn on the lights behind the scrim, and suddenly a whole new layer of action appears — adding dimension both to the stage, and to your understanding of what is possible in the space.

Starting now and through this weekend, look to see the shapes of the time in which you’re living. The Sun might not provide full clarity, but should offer at least some figure-ground contrast to help you grasp the depth and breadth of this extraordinary time — and your unique role in it.

Wishing you more triumphs than trials in 2015,
Amanda Painter

4 thoughts on “A New Year, A New Look At the Uranus-Pluto Square”