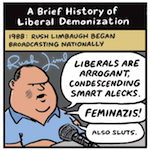 The demonization of Liberals may have begun with far-Right loudmouths but as Jen Sorensen illustrates, Liberals seem to be taking up the mantle. 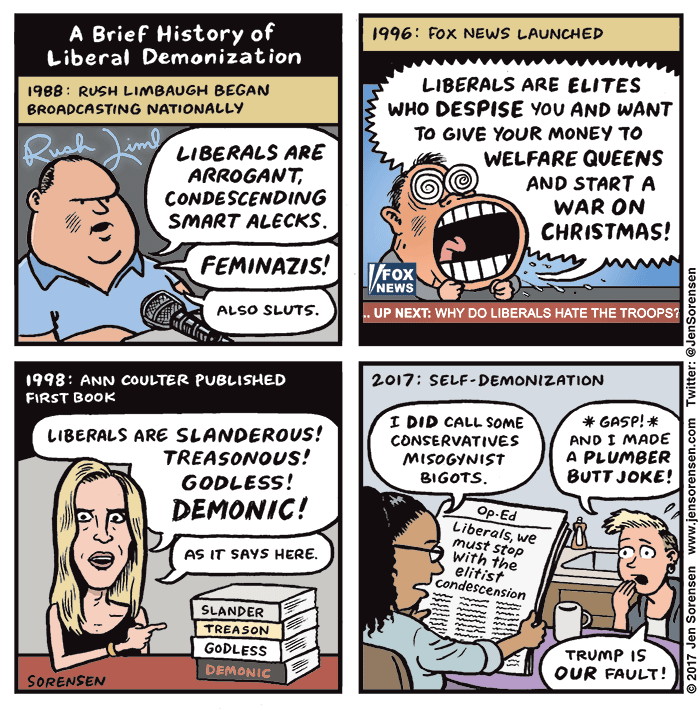 One thought on “A Brief History of Liberal Demonization”